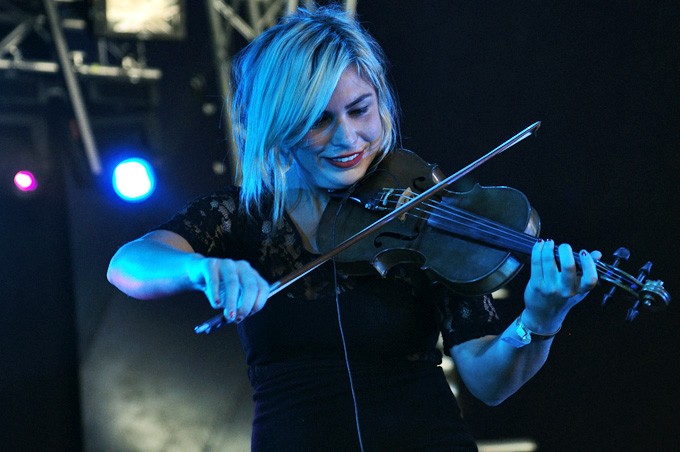 The Head and the Heart perform in Australia in 2012. The band delivered an emotional set at Voodoo on Oct. 29.

The Head and the Heart Woo Voodoo Audience with Folksy Charm

From the get-go, The Head and the Heart captivated the audience in its entirety. Kicking off their set with upbeat, radio-friendly hit “All We Ever Knew” before smoothly mellowing out with their characteristic heady, folk-tinged rock, the band emanated an enthusiastic buoyancy irresistible to even the most stoic hipster. As a whole, the crowd agreed: no one is too cool for The Head and the Heart.

Freddie and Slash @voodoonola this past weekend! Thanks to @consequence for awarding us best costumes of the festival. What an amazing way to end Signs Of Light… Happy Halloween y’all. 🎃👻 #THATHforever 📸: @dhallphoto

Initially, The Head and the Heart were propelled to the forefront of both the indie and folk genres by the widespread popularity and universal appeal of their eponymous debut album. Featuring instant classics like “Lost in My Mind” and “Down in the Valley”, the album clearly defined the band’s musical ability while simultaneously laying the groundwork for its future forays into mainstream music.

But it isn’t just The Head and the Heart’s folky hipster appeal or pop culture relevancy that contributes to its continued success. Between their impassioned live shows and the consistent high quality of their music, the band is, simply put, extremely lovable.

Dressed as Freddy Mercury and Slash in proper Halloween spirit, lead singer Jonathan Russell and guitarist/vocalist Josiah Johnson were as charismatic as they were energetic. During “Lost in My Mind”, in which bandmembers’ close friends and family emerged to dance on stage with their loved ones, Russell addressed the audience directly, asking “what’s music without friends?”

Additionally, The Head and the Heart introduced into their Voodoo setlist an unexpected but undeniably welcome new song. Covering 80s smash hit “Don’t Dream It’s Over” (one of those classic bops everyone knows, but nobody has a clue as to the name), the band managed to appeal to listeners of all ages.

The Head and the Heart’s Voodoo show marked the end of their 2017 Fall tour. In a truly unforgettable performance, the band won over the hearts and minds of listeners new and old. All of whom cried unabashedly during closer “Rivers and Roads”.