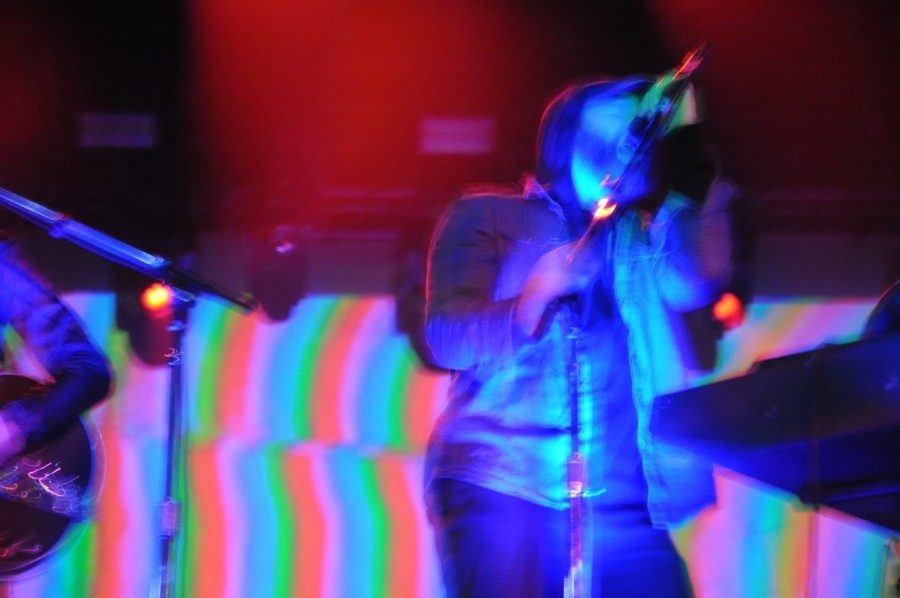 Black Angels are a psychadelic rock band from Austin, TX. Despite their smaller fanbase, the rock group impressed the audience.

The Black Angels trekked from Austin to perform a solid set to an underwhelming crowd at Voodoo. It’s hard to expect much else, as the band was scheduled right before Saturday’s headliners.

Projected behind the band were bold colors, swirling spirals and digitally glitched images, all adding to the mystery and sense of doom associated with its music. These visuals were reminiscent of many of the Black Angels’ album covers and perhaps exemplified in its visualizer video for the recent single “Currency,” off the band’s latest album “Death Song.”

Admittedly, many of the songs performed during the band’s set blurred together, some sounding rather indistinguishable from others. This didn’t make it an unenjoyable show, nor did this take away from the positives of much of the Black Angels’ music. In fact, the set took songs from multiple albums and ordered them in a way that sounded like a new album in itself, creating new narratives and perspectives of already existing music that is rooted in traditional psychedelic stylings.

The Black Angels’ focus on this timelessness often makes its music spacey at times and dark at others, and sometimes both at once. Its live performance is convincing of the emotions behind the pulsating rhythms and reverberation.

“Death Song” in particular follows a narrative, though somewhat surrealistically. Instead of begging you to listen more closely for these surreptitious messages, the album’s psychedelic explorations of unconsciousness and ego death are just sort of there, ready to be wholly received or not at all. The Black Angels’ inspiration from bands like the Velvet Underground and Pink Floyd is unendingly clear.

While the Black Angels does not necessarily have a massive following, it surely deserved a larger and more energetic crowd on Saturday evening. In part, music festivals are meant to expand fanbases, particularly for smaller or up-and-coming artists; next year, Voodoo might pay a bit more attention to how it schedules its performers.