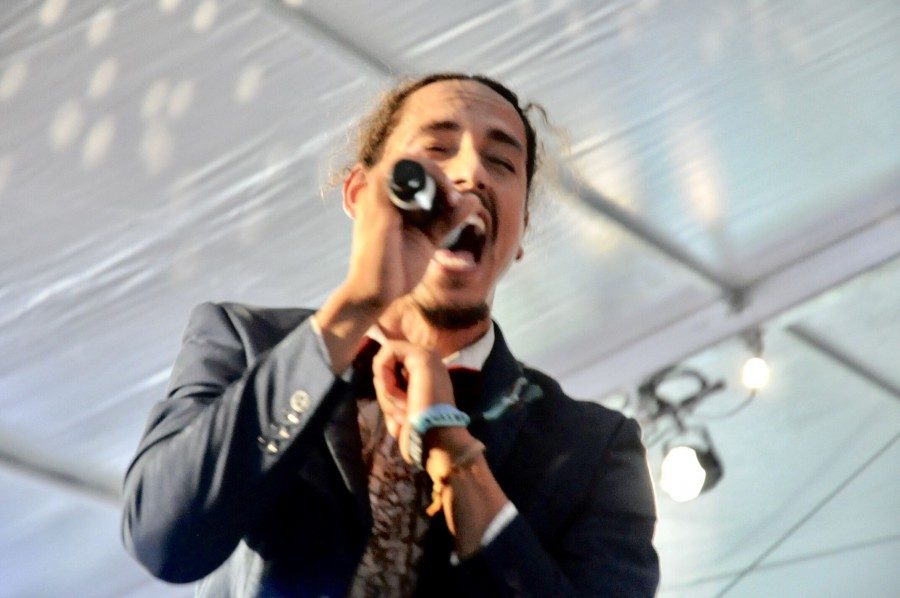 Chicano Batman performs at Voodoo on Oct. 27. The band brought soulful tunes to both of their sets.

The four members of Chicano Batman filled the Altar stage with psychedelic soul-infused rhythms on the first day of Voodoo Music + Arts Experience. Their set heralded the beginning of a mellow weekend for many attendees.

Hailing from Los Angeles, Chicano Batman traveled to New Orleans in style, with its members rocking trademark tuxedos that were as eclectic as their sound. At Voodoo, the band graced the audience with its presence twice:performing the main set on the Altar stage and withdrawing to a smaller, cozier set at the Toyota Music Den.

“Black Lipstick,” a single released in 2015, was another familiar tune, at least for some listeners. The song, like many others by Chicano Batman, jumps from its hook into an upbeat instrumental section before moving back to lyrics. Performing the song on the Altar stage, the band looked as animated and entertained as the small, but mighty audience.

Unfortunately, the band’s performance at the Toyota Music Den was not quite as successful. Lead vocalist Bardo Martinez’s microphone was far too quiet, compared to the blasting instruments and even compared to the background singers. Even so, the audience area was filled with newcomers as well as listeners who had already seen Chicano Batman’s main set a few hours prior.

While the band probably would have benefited from a better second show, regarding sound and tech, the four musicians left New Orleans knowing that people had an easygoing and enjoyable time at their performances.