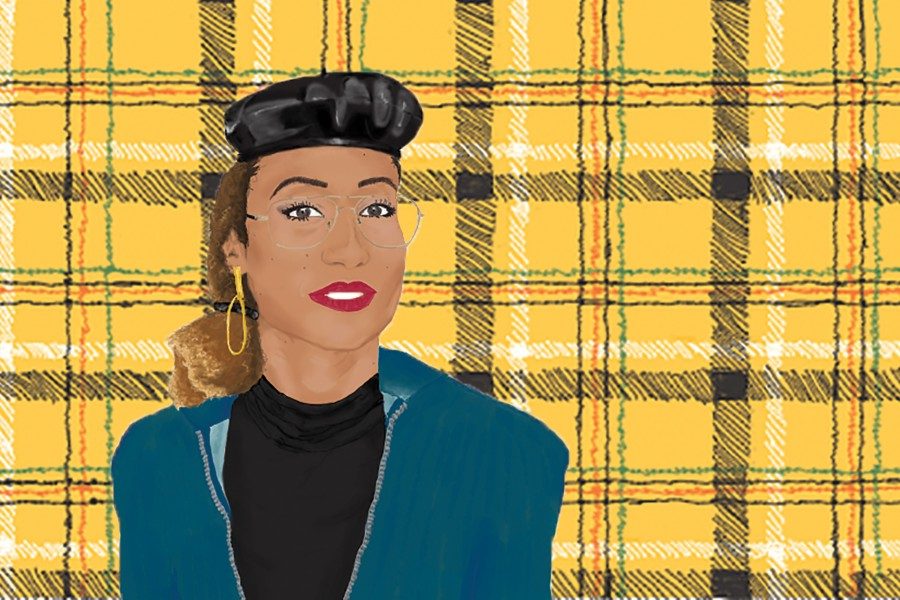 “I think my responsibility as the first and as the only different person is to be my authentic self and bring my point of view,” Elaine Welteroth, former editor-in-chief of Teen Vogue, said during a talk Monday night in McAlister Auditorium.

Clad in white high-heeled boots, denim jumpsuit and a black leather beret, Welteroth graced the stage to talk about her life, success and experience of being Teen Vogue’s first African-American beauty director and youngest editor-in-chief.

Set up as an open conversation between Welteroth and the event’s moderator, Nile Pierre, sophomore and Intersections editor for The Tulane Hullabaloo, the talk explored topics ranging from success in the fashion industry to race and inclusion in journalism. The event, which occurred last Monday night in McAlister, was brought to campus by Tulane University Campus Programming.

“If you want to create change, you have to agigate. You have to be comfortable making other people uncomfortable,” @ElaineWelteroth said.

Welteroth began the event by exploring the beginning stages of her career when she was a young communications major at California State University, Sacramento. She said she was pulled in several professional directions. After a few internships in marketing, Welteroth said she knew she felt uninspired by the world of advertising.

“You have to do what you love in order to be successful,” Welteroth said at the event.

A magazine publishing class helped Welteroth find what she loved and propel her toward writing. Welteroth went on to get two pieces published in a national magazine within that semester. Firm in her conviction to pursue writing, Welteroth’s success took off.

She later took on a position at Ebony Magazine, and eventually landed a position at Teen Vogue, where Welteroth gained momentum for intersecting social justice with her work as a writer.

When answering a question from the audience on her experience as a black woman in the fashion industry, Welteroth touched on the effects of subtle racism.

“I think when you are the only one and you don’t see yourself in your environment, I think there’s a natural reaction to just sink,” Welteroth said. “And it’s hard to shine.”

In terms of advice for young journalists looking to make change in the same way she shifted the culture of Teen Vogue, Welteroth left the crowd with this.

“If you want to create change, you have to agitate,” Welteroth said during the event. “You have to be comfortable making other people uncomfortable.”

There was an issue submitting your request.
2
0