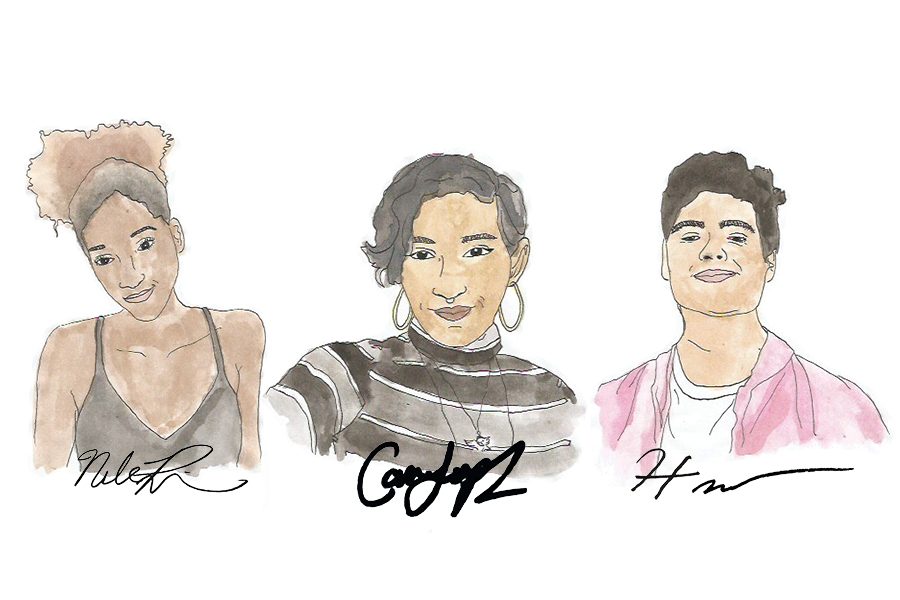 Intersections says thank you: our success does not exist in a vacuum 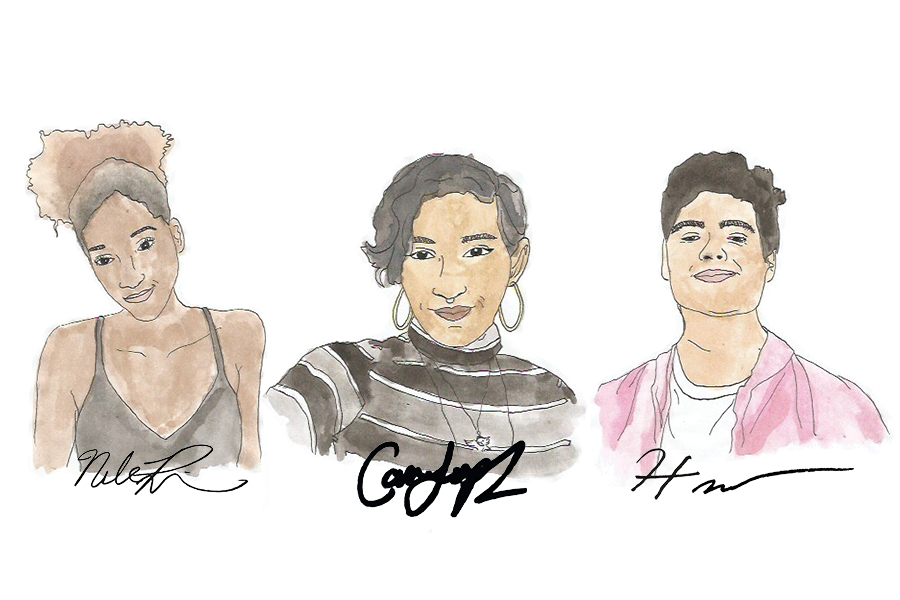 Intersections says thank you: our success does not exist in a vacuum

Past editor of Intersections, one current editor and associate editor join together to give gratitude those before them, and look toward the future.

Letter from the new Editor-in-Chief 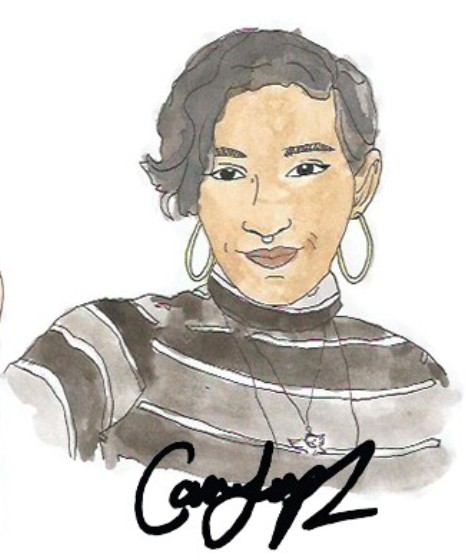 When I stepped onto Tulane’s campus my freshman year, I never thought it would be possible for a person of color to thrive at this university, let alone be Editor-in-Chief of a historically white institution like The Tulane Hullabaloo.

Walking into the basement office of The Hullabaloo my first week on campus, I saw the predominantly white publication as a reflection of the larger campus culture; one where leaders of color were virtually absent from the room. Because I didn’t see my myself reflected in the vast majority of leadership positions on campus, I felt my hopes of making change on the publication were far beyond my reach.

In my three years at The Hullabaloo, however, this feeling of disempowerment was quickly proven wrong. Propelled through the efforts of countless writers, visual creators and editors, the office culture has shifted and we are actively in the process of making our coverage as inclusive and equitable as possible, especially for people of color, queer people and other marginalized groups we have underreported or misrepresented in the past.

This year, we currently have a historic number of editors of color on staff. We have created and maintained Intersections as a space designated in the paper to give room to marginalized voices, and we are continuing to look for creative ways to better prepare our reporters to engage with the New Orleans community.

Being elected as the first trans Editor-in-Chief of color is something my freshman self could have never envisioned. But three years ago, The Tulane Hullabaloo was a completely different office. While my election and the elections of other leaders of color to more positions of power in historically white organizations mark a point of growth, they do not signify the end of the ongoing project of equity on campus.

The important thing to acknowledge is that success in representation does not start and end with a person of color being elected to a position of power. My success is built on the backs of giants, of organizers of color who sacrificed everything to make Tulane a space where a historically white institution like The Hullabaloo could be changed from within.

Without the labor of these folks, a majority of them black women, we could not make the strides we are achieving today. Pearlie Hardin Elloie and Barbara Guillory Thompson, the first students of color to desegregate this institution, are black women. Carolyn Barber-Pierre, the assistant vice president for multicultural affairs who has been fighting and making strides for students of color for 30 years, is a black woman. Intersections itself was popularized and made what it is today by its first cohort of writers, a majority of who were black women.

It is imperative to understand the history of progress on our campus and the people who have shaped the nature of these changes. Without the labor of people of color, queer folks and other marginalized students, and faculty and staff who were willing to fight against systemic oppression when all odds were against them, our student organizations, clubs and campus as a whole would look vastly different.

To the mentors, activists and agitators who made this possible, a simple thank will not suffice. Instead, I leave you with my gratitude and a promise to be accountable to the communities who made my survival and success possible.

As a key source of news on campus, The Hullabaloo is obligated to be the eyes and ears of the entire Tulane community and, to do so, we must be especially mindful of our most marginalized members. 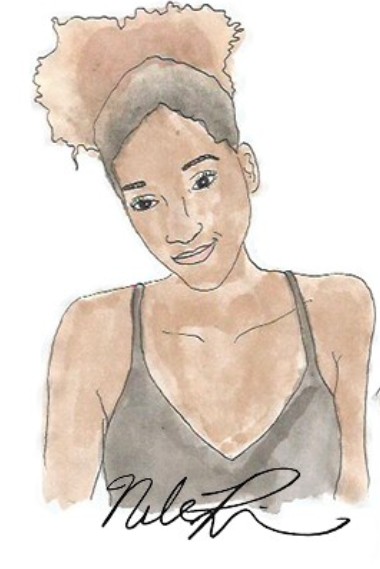 On the first day of second grade at a new school, a girl told me, “You’re my first black friend, maybe the first black person I’ve talked to.” Maybe her words should have made me feel special, the one black girl good enough to go to school with people who never accepted someone like me before. But instead, when I went home and told my mom what she said, I had never felt more alone. Thank you, mom, for holding me and loving me through all of these moments, and for being my first black friend.

When I was applying to college, you told me I was the smartest person you knew. It was hard to believe when everywhere else, no one made me feel smart, no one made me feel valued and no one told me black girls could afford to dream of the stars when so many of us are in graves. But still, you tell everyone everywhere you go that I am brilliant, that I have the power to move people and that my words are worth being written. Thank you, big sister, for believing in me when I did not believe in myself.

Last week, I finished classes for the day and felt deflated from the hours of listening to people who do not look like me tell me about my struggles, the anxiety of constantly feeling like an “other” and the general fatigue that comes from being almost an adult but not quite a grown-up. To the black girl I did not know who smiled at me on McAlister, thank you for giving me a bit of your light. Because of you, in the moment I felt a little bit more at home and less like an implant.

Yesterday, someone told me a piece I wrote made them feel less alone. Thank you for reading, thank you for taking the time to understand, and thank you for allowing me to do what so many people have done for me when I needed it the most.

Defining our own future 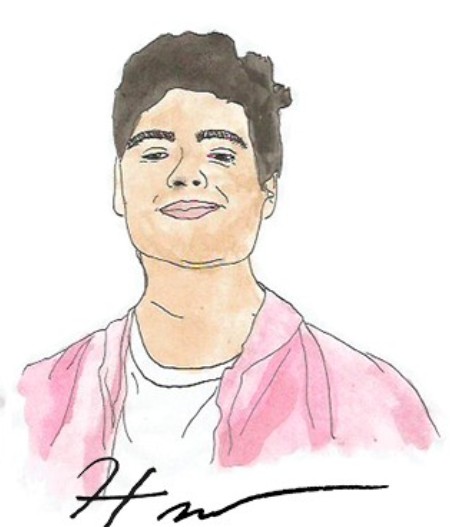 As a student at Tulane University for merely a semester and a half, there is still so much I have to learn about such an environment that is completely new for me. Unlike the white majority of this school, I, a brown Latino male, know to expect a drastically different experience these next six and a half semesters than that of the other 80 percent of my class.

When I joined The Hullabaloo last semester, I felt welcomed by the amazing support of the Intersections editors, past and present. I realize, though, that this in itself is a privilege. There was definitely a point in time where a person of color such as myself did not walk into a predominantly white space and feel a connection. If I were to walk through these basement doors a couple years ago, there would not be such a sense of belonging.

Intersections is allowing me to express my experiences with the hope that some readers may find some similarities in them. Based on my experience, though marginalized people here at Tulane are generally supportive of each other, each individual’s experience is not identical.

My responsibility to help in the project of representing the voices of marginalized communities poses a challenge, but it is not an impossible one, nor is it one I have any hesitation in undertaking.

But I hope to make readers believe that power is not one-dimensional. Power can be achieved. Power can create a supportive system for others. Power can be used to benefit not just one’s self but one’s own.

Writing is already an instrument with the capability to impact lives, minds and hearts. Through my writing, I hope to make those who may feel weak and isolated, in this environment, feel powerful.