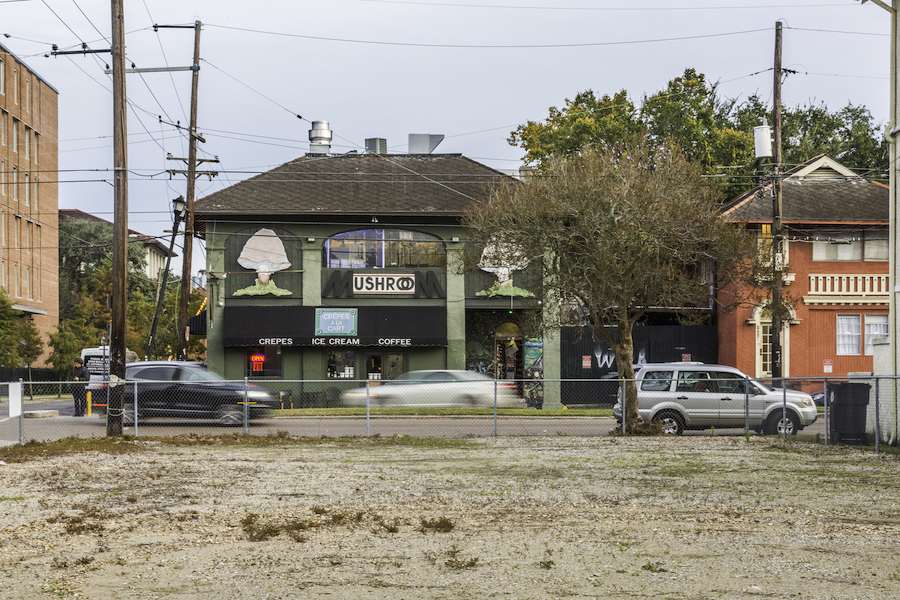 The Boot Bar & Grille in a stock photograph.

A new Tulane University Police Department substation is set to be built on the corner of Broadway and Zimpel streets, across the street from The Boot Bar & Grill. The long anticipated project is planned to be completed and fully operating by December 2020.

The construction of the new substation was announced in 2011, shortly after the Pi Kappa Alpha building was demolished and the property was acquired by the university. The destruction of the building came after a hazing event in 2008 that led to the loss of the organization’s charter and 10 members facing felony charges.

“This idea predates my arrival — but I made it a priority upon my arrival as part of the increased investments in security,” Patrick Norton, senior vice president and chief operating officer, said.

The $2 million project was delayed until this year due to a lack of funding. This summer, Tulane began the City Planning Commission approval process.

In November of last year, TUPD dedicated a new substation to the Downtown campus.

“The impact in that area has been profound,” TUPD Chief of Police Kirk Bouyelas said. “We believe that a new TUPD station for the Uptown campus will make just as meaningful an impact.”

Bouyelas was hired as the new TUPD chief of police following the resignation of former chief Joey Bishop last fall. When he was taken on, Bouyelas was tasked with jumpstarting the Uptown substation. According to Bouyelas, after input from other stakeholders, a proposal was submitted to scale down the original two-story police station to a 3,360 square foot single-story building.

“From new lighting to additional cameras and manpower, the investments in security infrastructure have proven successful,” Bouyelas said.

The station will be open 24 hours a day, seven days a week and will house the TUPD off-campus patrol control center. Norton said no additional officers will be hired to accommodate the new substation.

The location of the station was chosen strategically — placed next to campus, on Broadway, where students and community members are traveling often.

“I am convinced that the increased police presence in the area will provide for greater visibility and ultimately a safer environment,” Bouyelas said. “Keep in mind we will not be abandoning our Diboll location, which will allow us to maintain a presence on campus, in addition to the new substation.”

Alexander Abbyad, director of operations at The Boot Bar & Grill, said the staff is completely in favor of the new station being across the street.

“We feel it’s always best to be visible with our students and with our customers,” Abbyad said. “We work hand in hand with TUPD, the Second District and Kirk Bouyelas, and we feel that any time that TUPD, New Orleans Police Department and our staff is visible, it helps not just the bar and the environment, but it helps the neighborhood overall.”

Echoing a similar sentiment, Frankie Gaynor, Undergraduate Student Government director of student safety, said she thinks the station will increase student safety because risks involving alcohol and drugs tend to occur around The Boot and fraternity houses. She said she does not feel like most people know the construction is happening but also does not anticipate negative reactions from students.

“I think having it be in closer proximity will not only create more of an atmosphere of safety, but it won’t really feel like they’re being suffocated,” Gaynor said. “I think it’s a really good idea, especially for students that live off campus.”

Senior Simran Jain said she thinks it is a band-aid solution to serious problems, and not a good one.

“This is a slap in the face to students of color,” Jain said. “Tulane’s social scene is already so segregated that it’s like we center whiteness so heavily in the social scene with the fraternities, even The Boot and stuff like that. This further pushes vulnerable and marginalized students away from the hubs of socialness at Tulane.”

According to Bouyelas, the reaction he has received has been positive, especially from local businesses.

“Based on what we have heard, everyone seems to be excited about the promise of a new police station in that area,” Bouyelas said.