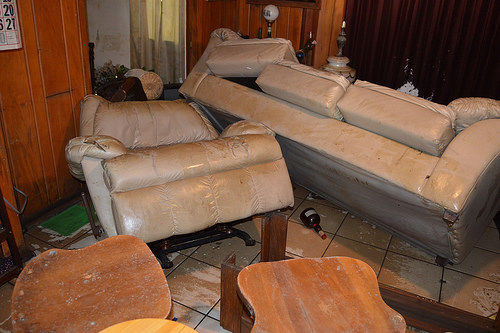 “We are all Louisianians now:” Tulane, Louisiana communities unify during historic floods

On Aug. 4, freshman Kim Lam was worrying about what decor to buy for her dorm at Tulane. A week later, her concerns were replaced with dread as she watched flood water engulf her childhood home.

For many Tulane students who call southern Louisiana home, the month of August was spent not only packing for college, but storing things away from the rising waters that rapidly affected several parishes across the state and 70,000 citizens. 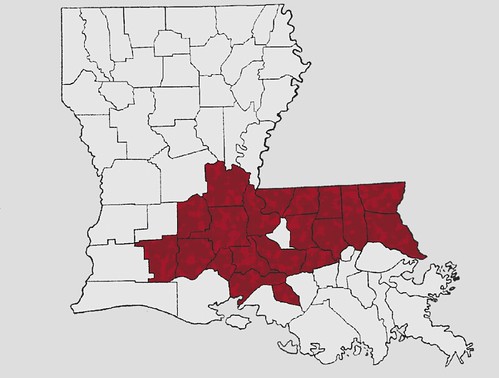 The severity of the threat to members of the Tulane community motivated President Michael Fitts to release a statement regarding the disaster, followed by a call to donate or volunteer.

“I have heard numerous accounts from Tulanians who were either personally caught in the waters of the flood, lost homes and other possessions to it or risked their own safety to rescue others,” Fitts said. “As survivors, rescuers and volunteers, our people continue to reflect the best of Tulane University.”

Some students like Lam found their houses overtaken by the monsoon in a matter of hours. Lam said she felt shocked seeing the murky water flood her house as her and her family attempted to gather their belongings to evacuate.

“I was crying at the fact that my house was slowly being torn apart from my childhood and my brother’s childhood; my parents are refugees, and they built this house from top to bottom,” Lam said. “This house was their validation. In between cries, I would laugh, because who would ever think that this would be happening.”

Others, like freshman Griffin Smith, found themselves trapped on their streets by the rising waters, unable to drive to safety.

“The water was so high in our neighborhood that we had to be evacuated by boat, which was so surreal,” Griffin Smith said. “[Evacuating] through the same streets that I walk my dogs down every day was heartbreaking.”

Tulane students living in the surrounding areas of Baton Rouge headed to the flooding zones to help in any way they could. Many donated their time or possessions, by gutting houses, volunteering at shelters and aiding in collecting hygiene items.

“We did notice that so many people donated clothes and toiletries, but I think a few things people don’t think of right away and one of them was diapers,” George said. “Of course people need diapers and baby wipes and even antiseptic wipes because at the shelter there’s only port-a-potties, there are no real bathrooms, so people didn’t even have a place to shower or clean, and I’m sure they felt really disgusting.”

The Tulane administration has taken action to aid in the flood relief by offering emergency scholarships through Newcomb-Tulane college, emotional support through Counseling and Psychological Services and direct volunteer opportunities through multiple on-campus organizations.

The Center for Public Service in particular has been working to organize assistance for the relief efforts by providing students access to community partners such as Youth Rebuilding New Orleans and Alternative Breaks.

Dr. Agnieszka Nance, the executive director of CPS, said she believes that the Tulane community’s response following the flood is indicative of the service oriented values the university strives to instill.

“Part of [the Tulane education] is the civic mission, like building citizenship, building people that have empathy and understand problems and can think critically this emotional intelligence that we talk about,” Nance said. “They[‘ll] have this view of the world that they’re not sort of selfishly looking in just getting an education but it’s rather they look into the community and engaging with the real problem.”

Aside from the administration, student groups are also mobilizing to help.

Undergraduate Student Government began organizing an item drive for the victims of the floods, as well opportunities to transport students via carpool to assist in relief efforts

Although immediate assistance, such as gutting houses, is being offered, Assistant Director of CPS, Katie Houck, says she believes long term solutions and looking to the future are crucial the recovery process.

“For every house that is gutted, there is a house that needs to be rebuilt,” Houck said.

Incoming freshman and resident of Baton Rouge, Evan Doomes, echoes Houck’s sentiment, and says that Tulane students should not only volunteer, but try to become an integral part of both the Tulane family and Louisiana’s community.

“I think a lot of the effects [of the flooding] are long term so I think just being involved in Louisiana and viewing time at Tulane not as a vacation…but something to be involved in and just making New Orleans and South Louisiana your home instead of a place for you to just serve,” Doomes said.

If any students are looking to volunteer:

Aug. 25 to Sept. 2, CPS will also be partnering with the Community Action Council of Tulane Community Students to collect school supplies for students affected by the flood. Donation drop off locations are the Tulane Bookstore and the Center for Public Service in Alcee Fortier Hall.